In an ongoing cyber attack, hackers have taken over some of the most prominent Twitter accounts in the cryptocurrency and technology industry to run what can be called “a tricky” crypto scam.

It all started around an hour ago when official Twitter accounts of Coinbase, Gemini, and Binance cryptocurrency exchange were hacked to send out tweets claiming that all three exchanges have partnered with CryptoForHealth and are giving back 5000 BTC to the community.

It is worth noting that the official Twitter account of Justin Sun, a tech entrepreneur, the founder of the cryptocurrency platform TRON, and the current CEO of BitTorrent has also been compromised to run the crypto scam. 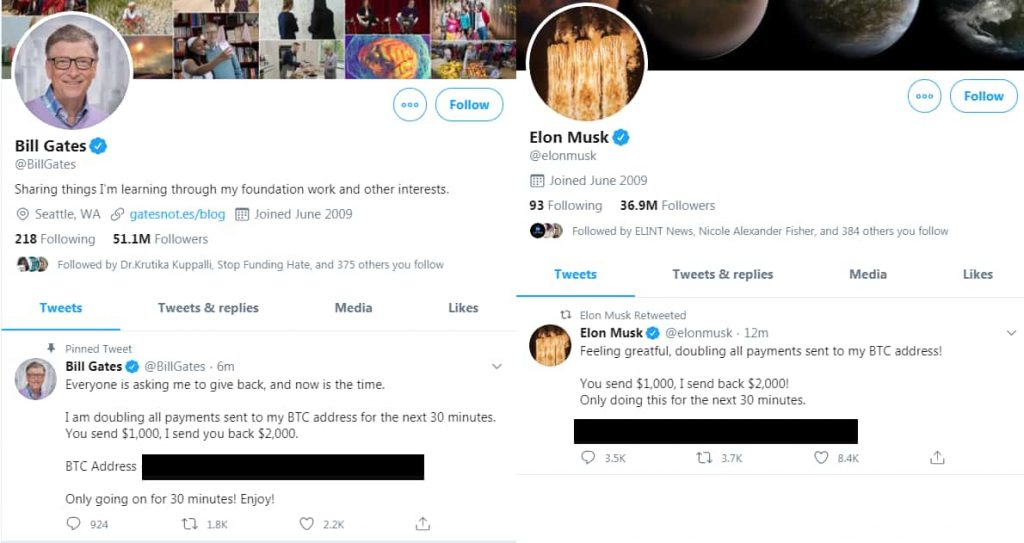 To receive the supposed BTC funds, users are being asked to visit a link and send 0.1 to 20 BTC on an address (that belongs to the hackers,) and in return, the sender will immediately receive between 0.2 BTC to 40 BTC to their address. Here’s the entire message as seen by Hackread.com:


We believe that blockchain and bitcoin will make the world more fair and open. The current financial system is outdated and COVID-19 has made a serious damage to the traditional economy, To help in these hand times for COVID-19, Huobi, Kucoin, Kraken, Gemini, Binance, Coinbase & Trexor are partnered to give back to the community. We decided to run a 5000 BTC giveaway. To participate you just need to send from 0.1 to 20 BTC to the contribution address and we will immediately send you back 0.2 BTC to 40 BTC to the address you sent it from.

Here is a preview of the phishing page: 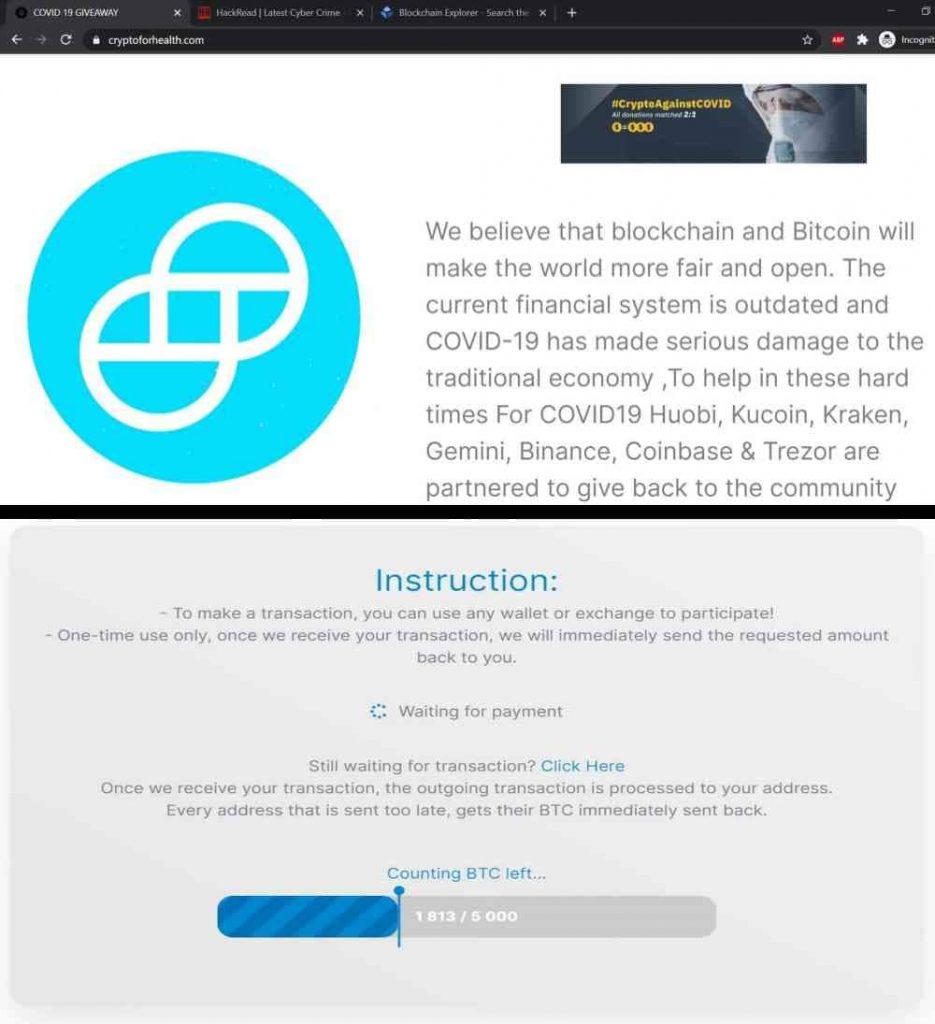 However, in reality, it’s a phishing link tricking users into giving away their funds.


What’s unfortunate is that users are falling for the scam and at the time of publishing this article, Hackread.com can confirm 222 transactions carried out on the hacker (s) address.

Although it is unclear how hackers managed to compromise such high profile Twitter accounts, it is possible that their credentials from a previous were utilized for the attack. It is also possible that hackers are exploiting a zero-day vulnerability affecting Twitter to take over accounts of their choice to carry out the crypto scam.

At the time of publishing this article, Bill Gates and Musk’s twitter accounts were restored back to normal. However, this story will be updated soon as Hackread.com is digging deeper into the scam. Stay tuned.