The 400GB worth of data was exposed due to a misconfigured Elasticsearch database.

Safety Detectives’ cybersecurity reported that a Chinese startup called Socialarks became the victim of a massive data breach. According to Safety Detectives team head Anurag Sen, around 400 GB worth of private data was exposed in the breach.

The breach occurred due to an unsecured ElasticSearch database, which contained personally identifiable information of approximately 214 million social media users from across the globe.

The ElasticSearch database wasn’t secured with a strong password or encryption. Lack of protection on a server means that anyone possessing its IP address can access the database. The same happened in the case of Socialarks. Resultantly, the private data of millions of users got exposed.

According to Safety Detectives’ blog post, the database contained “a “huge trove” of sensitive personal information to the tune of 408GB and more than 318 million records in total.” 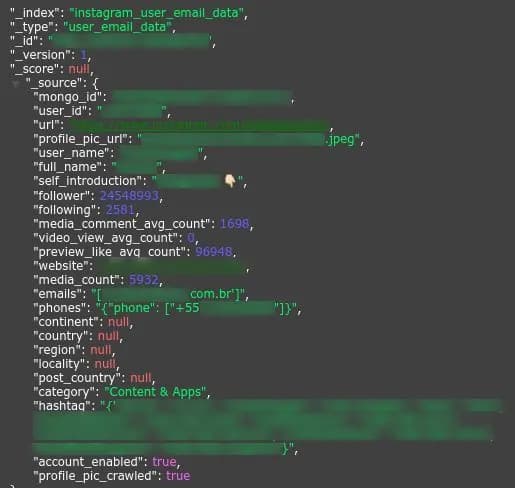 Not for the first time

This however is not the first time when scraped data of millions of users was leaked online. In December 2018, an unprotected Elasticsearch server leaked names and phone numbers of 267 million Facebook users.

In another incident, an unprotected database leaked phone numbers of 419 million Facebook users including 133 million records from the US, 18 million in the UK, and 50 million in Vietnam.