The account holders were chattering about disrupting the first US Presidential Debate on Tuesday.

Its only been a month when Microsoft warned about possible attempts of state-sponsored cybercriminals, particularly Iranian hackers, to disrupt the upcoming US presidential elections. Now Twitter was forced to delete over 100 accounts for the same reason.

On Wednesday, Twitter announced that it has shut down around 130 fake Iran-linked accounts after receiving alerts from the FBI that their users were trying to disrupt the first US Presidential debate.

“Based on intel provided by the @FBI, last night we removed approximately 130 accounts that appeared to originate in Iran. They were attempting to disrupt the public conversation during the first 2020 US Presidential Debate.”

Twitter explained that it quickly identified and removed those accounts, all of which originated from Iran and has low engagement. More details, including the accounts’ content, will be revealed after a thorough investigation into the matter.

“We identified these accounts quickly, removed them from Twitter, and shared full details with our peers, as standard. They had a very low engagement and did not make an impact on the public conversation. Our capacity and speed continue to grow, and we’ll remain vigilant,” said Twitter. 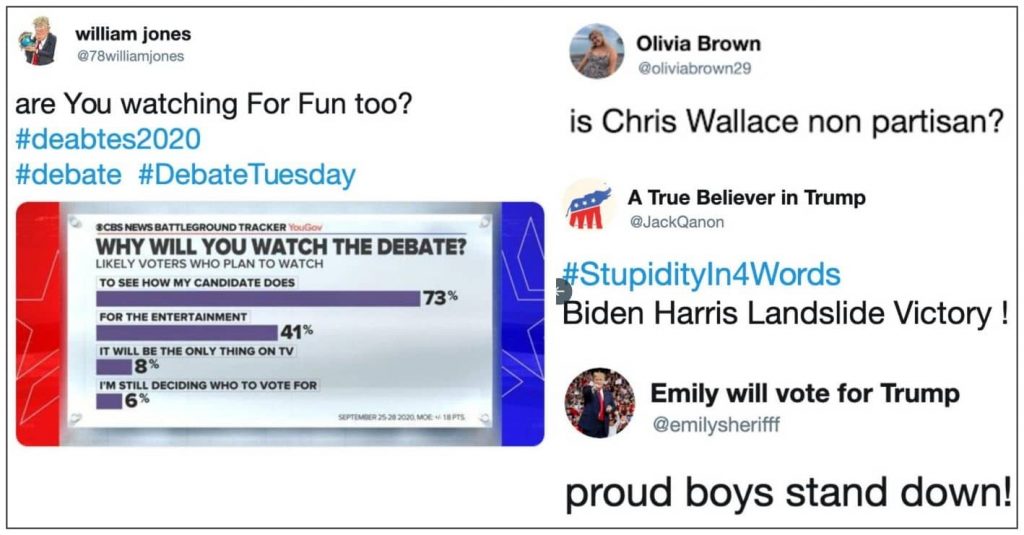 “As standard, the accounts and their content will be published in full once our investigation is complete. We’re providing this notice to keep people updated in real-time about our actions. We wish to thank the @FBI for their assistance.”

Back in June, Twitter removed 30,000 accounts of state-linked actors originating from Turkey, China, and Russia. The CISA and the FBI have also issued several alerts about disinformation campaigns that may be launched to manipulate public trust and opinion about the presidential elections and voting systems’ reliability.