Europol backed by cybersecurity firm Group-IB, in collaboration with the law enforcement agencies from Hungary, UK, and Italy, has managed to disrupt the trading of stolen credit data on Dark Web forums.

The three-month-long operation involved assessing 90,000 credit cards’ data, and ultimately the investigative agencies could prevent consumers and financial organizations from experiencing losses of up to $48million/€40 million.

Several dark web marketplaces were targeted under the Carding Action 2020 operation. However, it isn’t yet clear whether any arrests were made or not.

In its official press release, Europol revealed that the operation was initiated to “mitigate and prevent losses for financial institutions and cardholders,” and Europol and the UK supported the agencies from Italy and Hungary throughout the operation.

According to Edvardas Šileris, Europol’s European Cybercrime Centre head, cybercrime affects all aspects of daily life from money transfers to friends and paying in the supermarket, and using the Internet of Things devices at home.

This invasion of technology has allowed cybercriminals to “attack us in different ways.” That’s why agencies, private sector organizations, and law enforcement authorities must ensure a robust response. 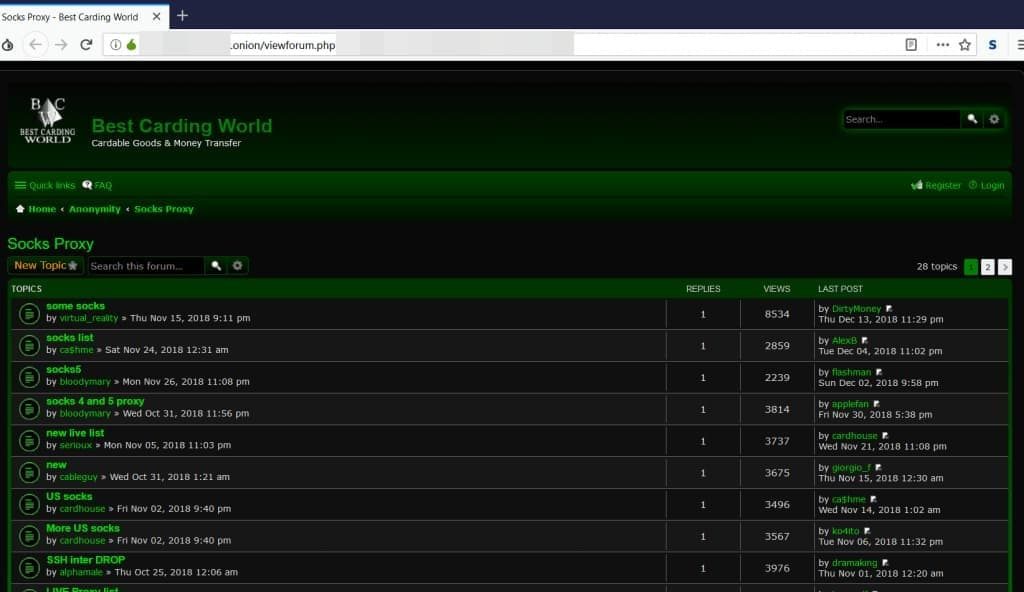 Example of a carding platform on the dark web

Europol further explained that e-skimming attacks are on the rise these days. In this attack, the merchant point-of-sale systems and online retailers are targeted.

“As cybercriminals know no borders, neither should cooperation in cyberspace,” commented Nicholas Palmer, head of Group-IB global business. We believe that the ultimate disruption of cybercrime comes from the strong collaboration between industry, international sharing organizations, and law enforcement. The Europol-backed Carding Action was a perfect display of such actions. The speed at which we were able to deliver so many savings would not have been possible without these efforts.

The event was followed by Interpol’s announcement that it had arrested three suspects from Nigeria, believed to be the members of a gang that compromised government and private sector firms across 150 countries.

The group is suspected of being responsible for various attacks, including phishing campaigns, Business Email Compromise fraud, and malware attacks. Interpol has already identified around 50,000 victims affected by this gang.